This is a convex mould, like the shape of the outside of a bowl, intended to take the clay on the outside, over the curve of the mould. 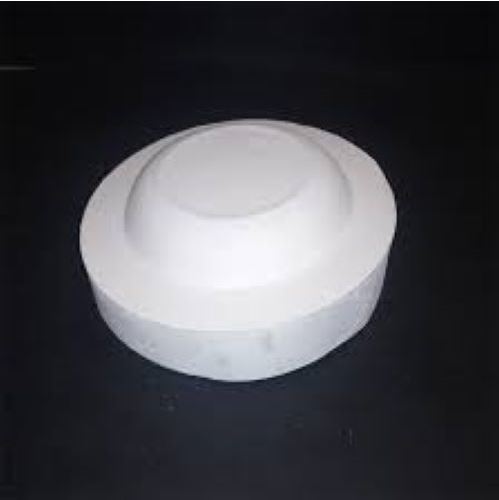 Studio hump moulds are usually commercially made from plaster of Paris. The clay is most commonly draped over the mould as a rolled-out slab.

The outside surface of the slab form is exposed, and the inner face of the slab is in contact with the mould. As the clay dries it will shrink tighter onto the plaster of Paris, so has to be removed before it dries to prevent cracking. This is one way to make a homemade, versatile hump mould – you will need an old pair of thick tights and a large bag of cheap rice to make it.

The basic convex hump is made from lengths of tights, filled with rice and knotted at both ends – don’t stuff the sections to firmly, they should remain malleable. One or more sections can be arranged in any way you like on a wooden board, to give a pleasing shape. 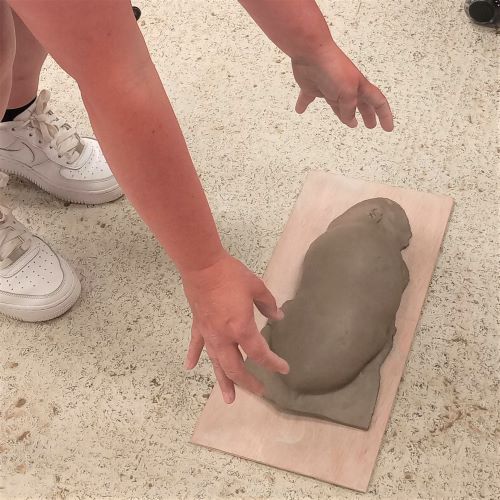 The clay is rolled into a slab, large enough to cover the hump form and laid over it. The board, with the rice-filled tights and clay slab is dropped flat onto the floor which makes the clay slab wrap itself around the form. 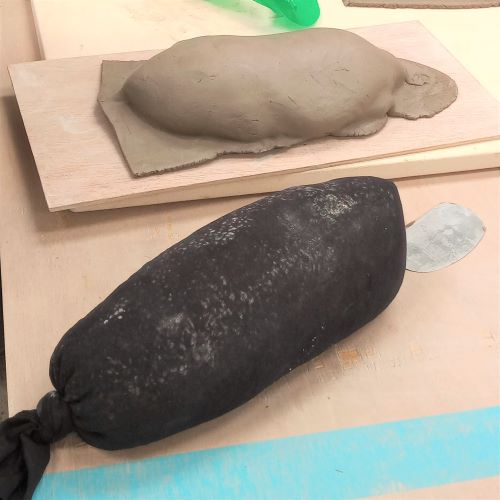 Once the clay slab has been left to firm up, the excess clay edges can be trimmed away and the rice-filled form removed, leaving your custom-made piece ready to decorate & finish!